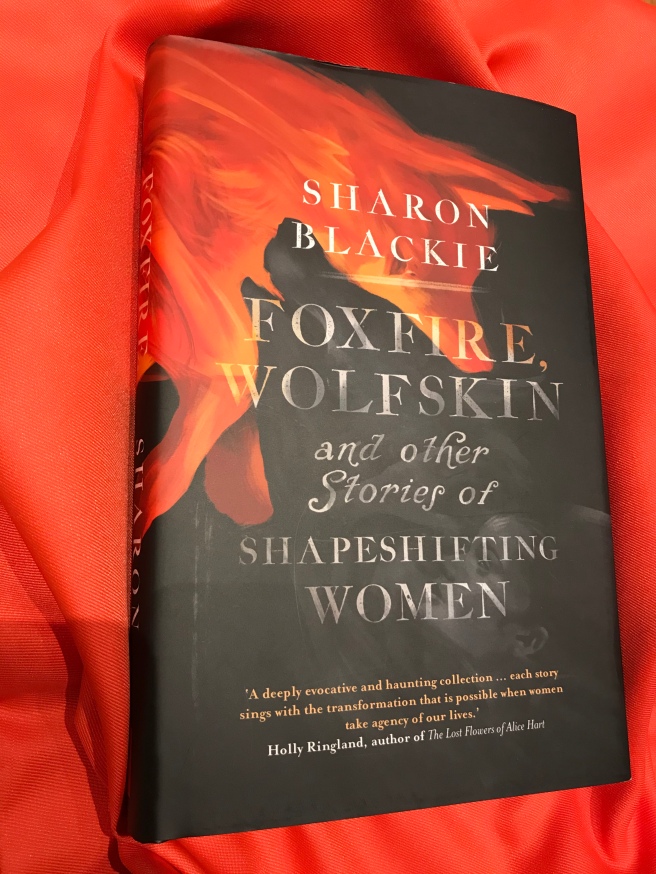 I think 2019 has absolutely been the year of the short story for me. I know I’ve said this countless times before, but in the past I never really picked up short story collections. I thought they would be far too short for me to become invested in them or be bothered about them.

How throughly incorrect I was! I don’t mind admitting when I’ve been a complete fool!

I think someone on twitter may have alerted me to Foxfire, Wolfskin by Sharon Blackie knowing that I love a short story collection. That cover below me away and I was really drawn in by the ‘shapeshifting women’ element of these stories. When the actual book arrived I was blown even further away by just how stunning it looks in real life! It really is a bloody stunner!

As I said, it was the shapeshifting women that lured me in like a siren onto the rocks and boy am I glad they did!

I picked this book up one night and read the first story Wolfskin in which a woman can summon her wolf pelt and become an actual wolf. When a hunter discovers her secret and steals her pelt, she has to marry him. When he sells her pelt she becomes pregnant and rumours are bound when the child is born that the mother is a wolf. The child grows to hear these rumours and discovers that if he too wants to become a wolf, his mother can show him but only when she has her pelt and becomes a wolf herself. When the boy discovers the pelt one day their lives change and the wolf ultimately gets the last laugh…..

It is a mere 3 pages long and yet my heart was beating wildly all the way through and my blood was fizzing in my veins because I just knew this collection was going to excite me beyond belief.

Initial thoughts were proven right and what followed on from here was story after story that lured me in and kept me utterly absorbed.

In I shall Go Into A Hare a woman who is desperate to conceive a child thinks back to the stories of her grandmother who was purported to be a witch. A witch who could turn herself into a hare, a pale haired bright blue eyed hare. She also supposedly had the secret to infertility, linked closely to the hare. But can Isobel summon her grandmother’s powers to finally conceive the much longer for baby that she has been dreaming of?…

The Saturday Diary Of The Fairy Mèlusine tells of a woman who has been cursed by her own mother to spend every Saturday of her life with a serpents tail. She spends every Saturday in the bath, hiding her secret from her husband. But when he discovers the truth what effect will this have on Mèlusine’s family?…..

In No Country For Old Women we learn of a woman who has the power to regenerate herself every 100 years by submerging herself in a body of water. However there are very specific rules and timings that can ruin the process if not strictly adhered to…..

I really don’t want to talk about any more stories as I feel like they need to be discovered by the reader themselves. Suffice to say that if you enjoy folklore and myth and stories which have survived and metamorphosed over hundreds of years then this collection will steal your heart.

There are two added elements to this book which were absolute treats and were a complete joy, adding so much richness and depth to the stories themselves. Firstly we have some stunning artwork at the start of each story. In fact I’ve flicked back through the pictures since finishing the book. They are just beautiful. 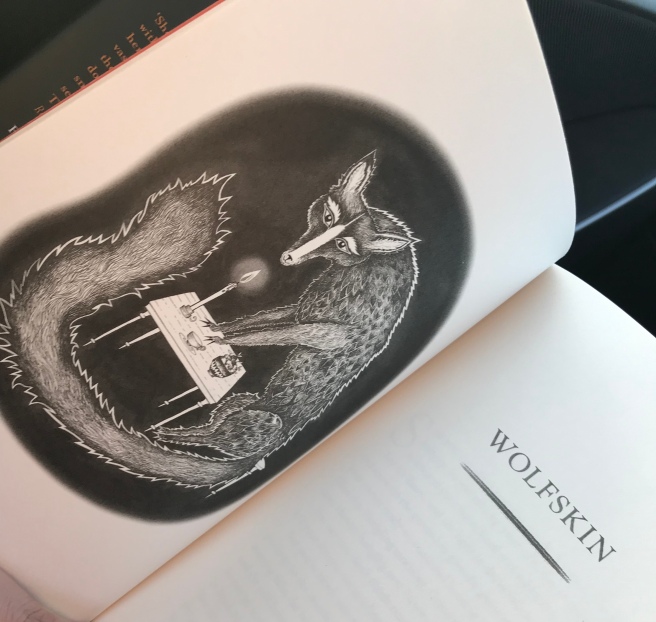 The other added extra is the notes on the origins of each story that the author has provided at the back of the book. In her Author’s Note at the start, Sharon Blackie suggests that you read the notes to get a feel for the stories and the characters to better understand the meaning behind each story. I chose to read these notes after I’d read each story and not before as I wanted to absorb the stories myself first and see what I made of them before reading about where and how they originated.

These stories originate from far and wide across Europe.  Some remain mostly in their time period setting but a couple are brought right up to date, especially in the story Meeting Baba Yaga where the narration is contemporary (and wryly humourous!).  I enjoyed the fact that Sharon Blackie made tweaks to her variations of the folklore stories and made them her own whilst staying true to the original meaning.  Her writing is beautiful, lyrical and utterly bewitching.  This is the perfect book to become lost in on a dark and chilly autumn evening.

If you are a fan of folklore, myth and dark fairytales I would sincerely urge you to pick up a copy of this wonderful book.  You will not regret it.

Thank you so much to September Books for my beautiful review copy.

8 thoughts on “Foxfire, Wolfskin And Other Stories Of Shapeshifting Women By Sharon Blackie – A Review”