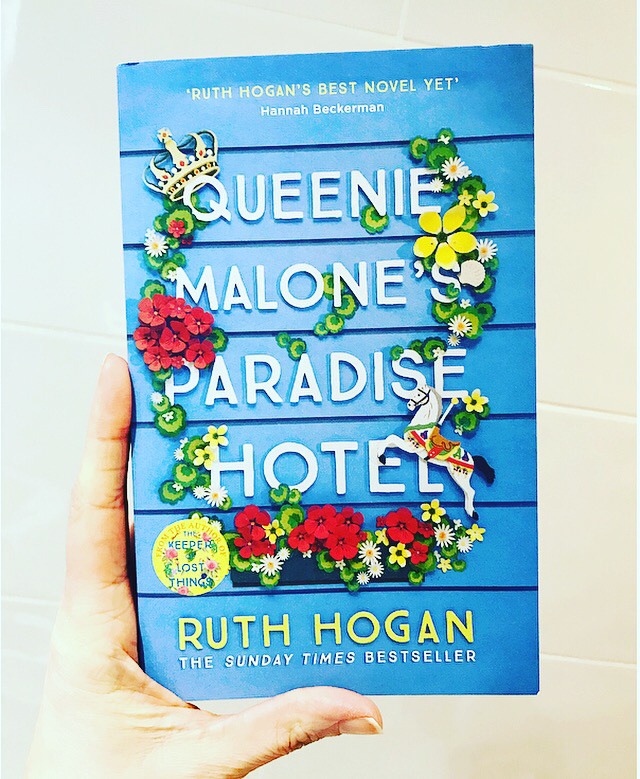 It’s nearly midnight and I’ve just closed this book. I’m a little bit blown away to be honest.

I got sent a proof copy unsolicited from Two Roads and picked it up at the start of the new year, mainly because the publication date was looming and I wanted to read it before then.

I have devoured this book in two sittings and my mind is buzzing. What I expected to be a lighthearted read turned out to be something entirely different. In a hugely positive way!

This is the story of 7 year old Tilly, a girl who lives with her mother Grace and her father Stevie. Tilly has a difficult relationship with her distant mother which becomes even more strained when her father disappears. He has apparently gone away to work and earn money for the family but Tilly misses him terribly and fails to form a close bond with her mother. A mother who is also suffering herself, and medicating with alcohol and pills.

Desperately trying to keep Tilly safe and make her love her as much as she loved her Daddy, Grace takes a decision that will shape both of their lives.

Fast forward to the present day and Tilly (now Tilda) has just moved back to her mother’s flat in Brighton after her recent death. She is there to clear out her mother’s belongings but ends up being plunged back into her past via a box of her mother’s diaries. Tilda uses her mother’s written thoughts as a way of unravelling who her mother was and why she did the things she did.

Half way through the story we meet Queenie, a friend of Grace who owns a hotel in Brighton. Grace takes Tilly there for a holiday and they end up staying there and working in the hotel. But more than that, they become part of the family of eccentric, bold and vivid characters who work there aswell. Lil the angry cook, Cecily the hapless maid, Rev the long term resident and Ruby, Queenies mother who becomes various different film stars depending on what day of the week it is.

At The Paradise Hotel Young Tilly finds her place, her family and begins to allow herself to be happy. Until something happens which leads to her mother sending her away. Something which Tilly can not begin to fathom and which breaks her heart.

As an adult Tilda slowly peels back the layers of her strained history with her mother. Trying to find a connection with her, trying to understand her mother’s actions back then. The discovery of her diaries and piecing together information from the people who knew her, help her understand just who her mother was and what drove her to make certain decisions.

I ADORE a dual timeline narrative. All the better when the reader can see how events in someone’s childhood shape them as an adult. Tilly is such a heartwarming little girl. I’m not great with child narrators but I found her voice very interesting, humorous and touching. In fact I think the chapters told from young Tilly’s perspective were my favourite. She’s utterly enchanting and naive which makes her all the more loveable.

Her mother Grace is also a fascinating character not least because we cannot gain her perspective in the present day and, like Tilda, we must rely on her written diaries. She broke my heart a little and I really felt for her. Clearly struggling with mental illness, depression and a dependency on alcohol and pills, Grace is not the ‘soap powder commercial’ mummy that Tilly dreams of having but she is trying her very best to provide a happy life for her daughter in the absence of Stevie her father.

The multitude of other vibrant characters in this book probably could do with having reviews all to themselves! From the people Tilda meets as an adult to the other residents and staff at the Paradise Hotel, they are a motley bunch of quirky, eccentric, eclectic folk who are utterly absorbing and fascinating. At their heart there is so much love, a strong sense of togetherness and unshakeable bonds.

I will just say that we don’t encounter the marvellous Queenie and her Paradise Hotel until around halfway through the book. For me this felt like a long time to wait, as when we did get there I didn’t want to leave. I would have liked a little more Queenie and the gang!

One of the absolute best elements of this story to me was Tilly’s ability to see ghosts and her guardian dog Eli who only she (and a couple of other gifted people) can see. The people she encounters and their threads in the story are lovely. At times heart rending and with the power to induce goosebumps. I revelled in this theme.

This book is a touch of the magical firmly routed in reality. The somewhat supernatural elements blended with healthy doses of gritty real life. The struggles of mental illness, of not coping, of not fitting in. Tremendously poignant with unforgettable characters.

In short, this book blew me away. Unexpectedly. Ruth Hogan can weave a story like nobody’s business that’s for sure!

Such a great book to kick start my reading year with (I read it in the first couple of days of January 2019). I think it’s a very good omen for the rest of the year.

I will be recommending this book to the world and his wife!

Get your hands on it.

Thank you to Two Roads for the proof copy.