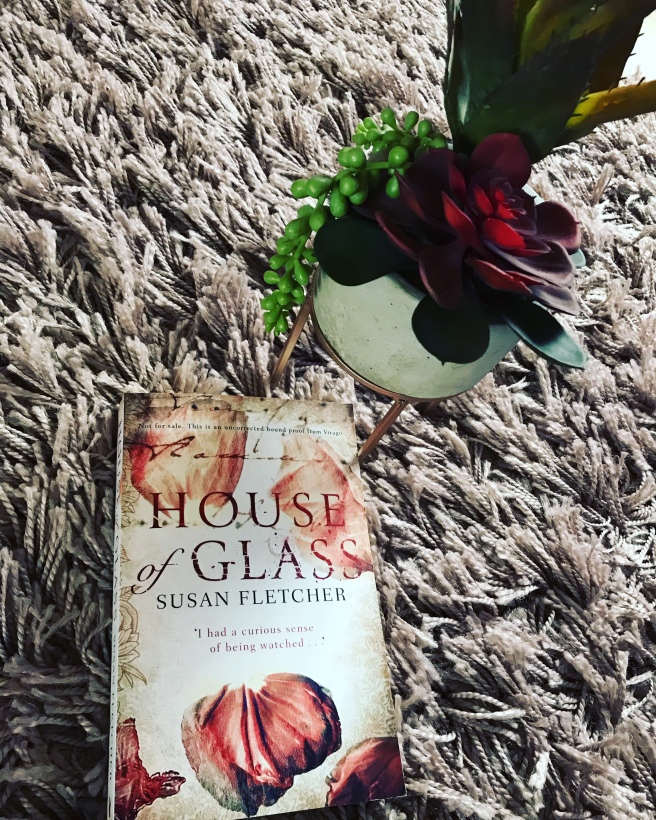 Clara Waterfield is born with a disease which makes her bones very brittle along with various other medical problems.

Clara is cosseted by her mother and step father, who wrap her up in cotton wool, keep her inside the house and away from danger. But Clara feels isolated and claustrophobic and yearns to experience the outside world. She’s feisty and occasionally rails against her parents, either becoming sullen or throwing wild fits of temper.

When Clara’s beloved mother dies, Clara begins to venture out into the world and starts to become a regular visitor of Kew Gardens, a place her mother used to often frequent. Clara strikes up a friendship with one of the employees there and begins to learn the skill of tending to the exotic plants and their needs.

When a mysterious letter arrives at Kew from a Mr Fox asking for help in installing his own plant filled glasshouse on his estate, Clara is the woman for the job. A chance to see more of the world, gain some independence and put her newly acquired skills into practice.

Clara arrives at Shadowbrook to meet the housekeeper, maids and gardener but is told Mr Fox is not at home and nobody really knows when he’ll return. Nobody is to venture near his rooms on the upper floor aside from housekeeper Mrs Bale but Clara has an inquisitive nature….

There are mysterious goings on at Shadowbrook which the staff are convinced are supernatural. Possibly linked with the previous family who owned the property and one family member in particular, the troubled Veronique.

Who’s footsteps can Clara hear outside her room at night? Why do freshly cut flowers wither and die when brought into the house. Who would carve chunks out of Mrs Bales bedroom door?…Clara is determined to find out and is initially sceptical that the goings on are paranormal, convinced there must be a perfectly reasonable explanation.

Clara in her quest for answers, draws on the stories and knowledge of members of staff at Shadowbrook, the people in the village and their opinions on the previous tenants of the house.

When Clara eventually meets the aloof Mr Fox who also appears to believe a spirit to be at work in his house, she starts to wonder herself what malevolent force could possibly be at play in Shadowbrook.

Clara is such a feisty character. A bold and strong female at a time pre-WW1 when women were not supposed to be so outspoken.

She is often called bold and forthright by the Shadowbrook staff and news of her tenacious, plain speaking character soon travels down into the village. She is determined and brave and seeks to not only to find the truth but to also overcome her physical barriers. She’s one of those female protagonists that you know will stay with you.

The strands of mystery in this story are perfectly and expertly woven. The tension is built up steadily within the atmospheric setting of Shadowbrook. I mean who doesn’t love a haunted old house right?!

Towards the end of this book there are several plot reveals that have you reeling a little and veering from one to the next! It’s quite a rollercoaster ride!

Set against a pre war back drop, this story is compelling, and so much more than the usual haunted house trope. There are distinct feminist themes running throughout, and our heroine Clara is the driving force for the voices of strong women.

There are an abundance of fascinating characters, Mrs Bale, Kit and the ever absent Mr Fox. Each with their own stories to tell of Shadowbrook and it’s perceived inhabitants.

This is a perfect winter read even though it is set during the summer. The setting of a large country house lends itself well to a winters evening read, snuggled up under a blanket, joining Clara on her quest for the truth.

I would thoroughly recommend it.

Thank you to the publisher for the review copy.

2 thoughts on “House Of Glass By Susan Fletcher – A Review”