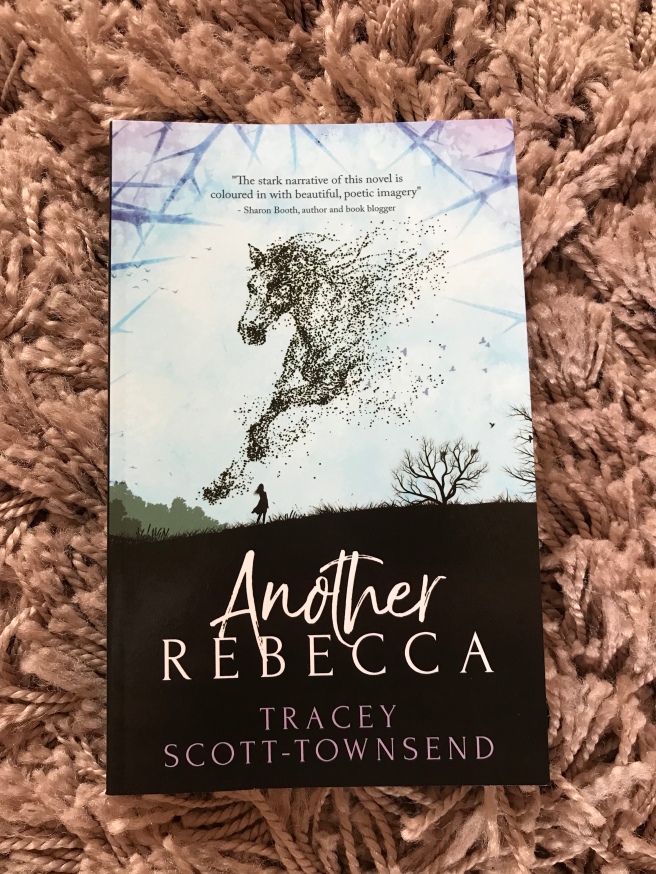 I have to admit that this book took me a little by surprise. The cover looks like you could be in for a nice gentle read. Well lemme tell you that the cover is deceiving. And boy am I glad it was!

This book is centred around Bex, her teenage daughter Rebecca and Rebecca’s father Jack.

Bex is a very complex woman and is firmly in the grip of alcohol addiction. She has suffered terribly in her past and has never got over an incident which she (and those closest to her) know as The Great Grief. Bex considers her life to have stopped years ago and she is merely existing not living.

Rebecca is her long suffering daughter. The one who picks her up off the floor, reminds her to eat and drink, changes her sheets when she has an accident when she’s drunk and generally worries herself silly over her.

A lot of Bex’s back story is told through the eyes of Jack who recounts their meeting and their tough relationship. Bex to him was his world but unfortunately the same couldn’t be said of him for Bex.

When Rebecca suffers an illness and has a fit in hospital (this happens right at the start of the story) she has a vision of a horse and a boy coming to take her away into oblivion. She feels strangely drawn to the boy and holds onto this vision in her lucid life when she is fully recovered.

This vision is intrinsically linked to her mother in ways that Rebecca is soon to discover, but life for both Bex and Rebecca is not easy.

Writing wise this story starts on an almost dreamlike whimsical tone. With the recounting of Rebecca’s dream. After this you are quite literally dropped slap bang into stark reality and the dreamlike lyrical writing stops. I enjoyed this transition a lot.

If I’m honest I enjoyed Bex’s narrative the most. Understanding her back story, the events that had shaped her and caused her unending struggle with alcohol and just living.

Interestingly I felt for her as I read her story but then when the chapters changed to Rebecca’s story my sympathies switched to her. Such a young girl having to deal with an alcoholic mother, financial struggles and feeling trapped.

If you enjoy a great family drama told from more than one perspective then this book is right up your street. With themes of grief, loss, addiction and family ties, this story is hard hitting and doesn’t get tied up in a pretty parcel of a conclusion. My favourite kind of ending.

Check out the rest of the reviews on the tour. 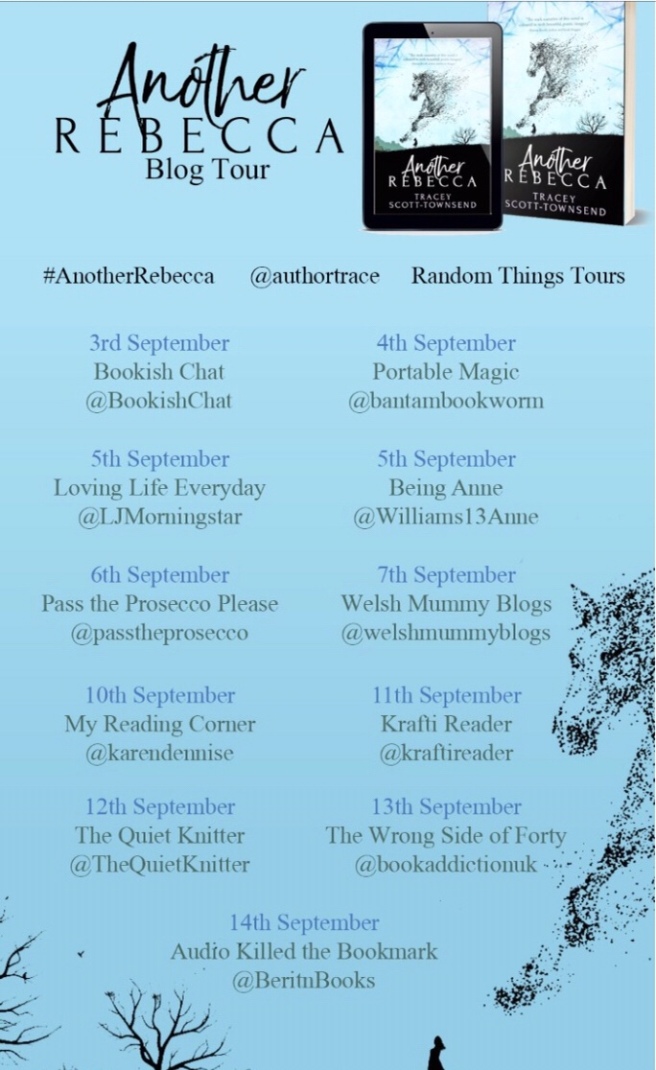 Thank you to Anne Cater and Wild Pressed Books for the opportunity to take part in this blog tour.

If you fancy winning yourself a copy of this book, click on the link below and try your luck! There are 7 copies up for grabs (5 print and 2 kindle) so get clicking! What have you got to lose?…..

4 thoughts on “Another Rebecca By Tracey Scott-Townsend – A Review”