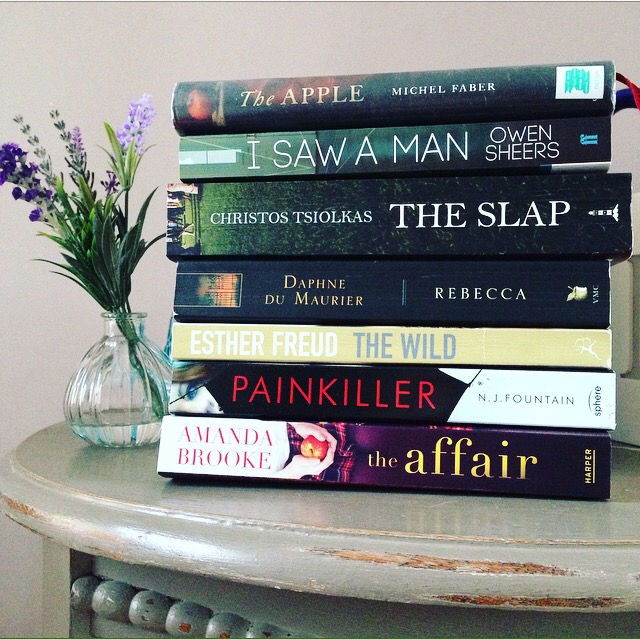 As you know I have a book obsession.  I buy lots, I read lots.  The way I look at it is there are plenty of addictions that I could have that are far worse to blow my hard earned readies on (or snort up my nasal passages, which is tricky to do with a hardback…I’d imagine).

I currently have 41 books on my TBR shelf, excessive but comforting.  Yes, comforting.  I’m the kinda gal who panics a little bit if she doesn’t have a book about her person, (yes I always have a book in my bag like some ladies carry make-up for emergency purposes).

So my usual book buying habits are a little like this:

Me in Sainsbury’s/Asda: *thinks* ‘I have enough books at the moment right?….maybe not….oooh look two for £7….no Mand you DON’T need any more books…..BUT ooooh that one looks good’….*puts 2 MUST HAVE books in the basket alongside the Warbies loaf I actually came in for*.

Me Online: *thinks* ‘I’ll just have a quick browse on Amazon, I won’t buy anything, I’m not stoopid…….ooooh that’s the one I saw on Booktube…..what’s that you say? only 1p secondhand with £2.80 postage? *clicks Buy Now*….

Me out shopping: *thinks* ‘I’ll just nip into the charity shops for a browse…..maybe do my bit for a worthwhile cause eh?……£1.50 for a relatively new release?…..Oh go on then, be rude not to.  We should all be a bit more charitable after all’.

So although I do buy a lot of books they are rarely full price new books. Obviously I’m justifying all this to you and myself…..and The Husband who rolls his eyes when packages start arriving….In fact last weekend I was upstairs changing the bedding (extraneous info there) and I heard the telltale rattle of the letterbox and distinctive thud of a newly acquired book on the doormat.  I have never moved so fast, I was a blur flying down those stairs before the noise could register in The Husbands brain…..luckily he was bunged up with a cold so didn’t hear……thank god for congestion eh?

I thought I’d do a quick post and show you my most recent purchases.  Some from the end of Jan and some from the past week or so, and here they are: 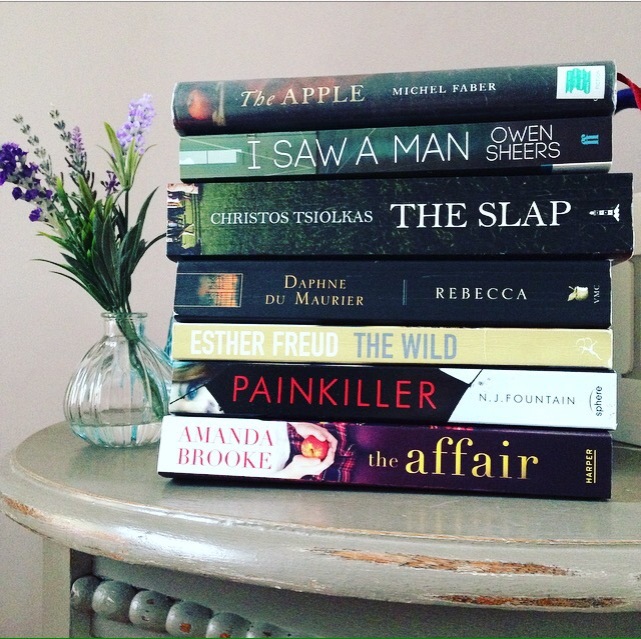 The Apple by Michel Faber:

This was an Amazon secondhand purchase and is apparently some spin off stories of the characters from The Crimson Petal and The White which I’m reading (and loving) at the moment. Can’t wait to get stuck in.

I Saw A Man by Owen Sheers:

I’ve picked up and put this down so many times in the chazza shop that this weekend I just thought ‘balls to it’ and bought it. Its about Michael Turner, a man who has just lost his wife and moved into a new house on a quiet street in Hampstead.  He develops a close relationship with his new neighbours but all is not as it seems…..oooooh.

The Slap by Christos Tsiolkas:

As with the book above, I have picked this up lots of times in the charity shop and ended up putting it back down again.  However yesterday I saw it again and it was a different version with a different cover which I much preferred (yes I DO judge a book by its cover).  From what I can gather its about a man who slaps a child who isn’t his own at a barbeque full of friends and family and the ensuing consequences.  It was longlisted for the Man Booker Prize in 2010 and its quite a chunkster so I may be leaving it for a while.(although having said that, I’ve just picked it up and flicked through it and it looks right up my street so I may end up reading it quite soon). 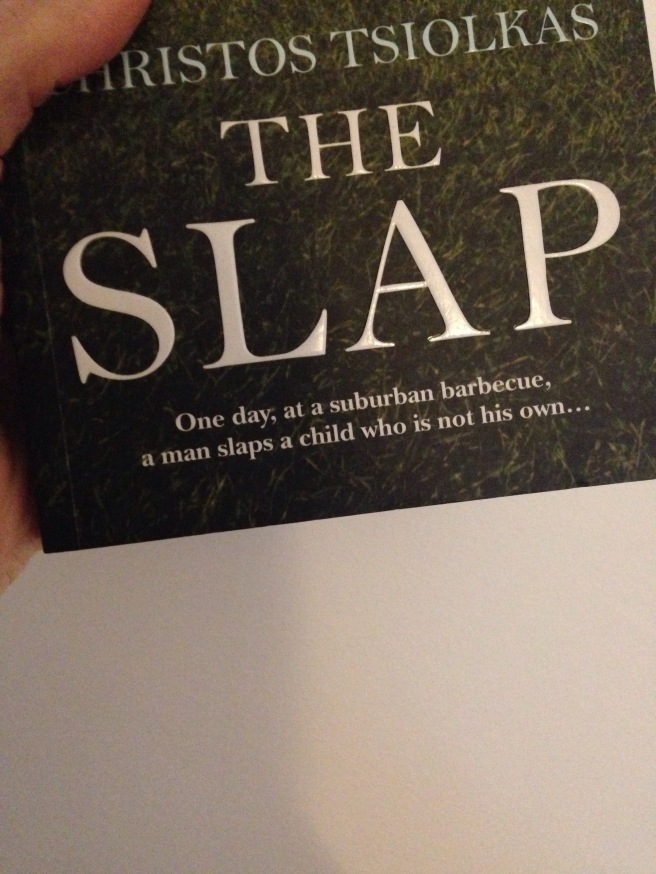 This one was another secondhand Amazon purchase. I bought this because I don’t read enough of the ‘classics’ and I’ve heard plenty of good things about this and Jamaica Inn (which I may need to purchase after I’ve attempted this one).

The Wild by Esther Freud:

Amazon again! damn you! I bought this one after enjoying ‘The Sea House’ by the same author.  I’ve written a little about it here, no other reason! simple.

This was an Asda purchase.  On a whim (remember that Warbies loaf I needed?)  its about a woman with chronic neuropathic pain who finds her own suicide note but doesn’t remember writing it…..That’s as much as I know about this one. 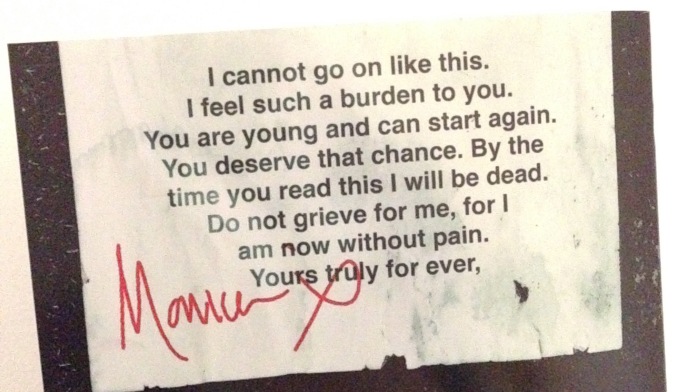 The Affair by Amanda Brooke:

Another Asda special.  I like the cover, I like the premise of school girl/teacher affair with consequences and the author has a great name obvs…..That’s it. 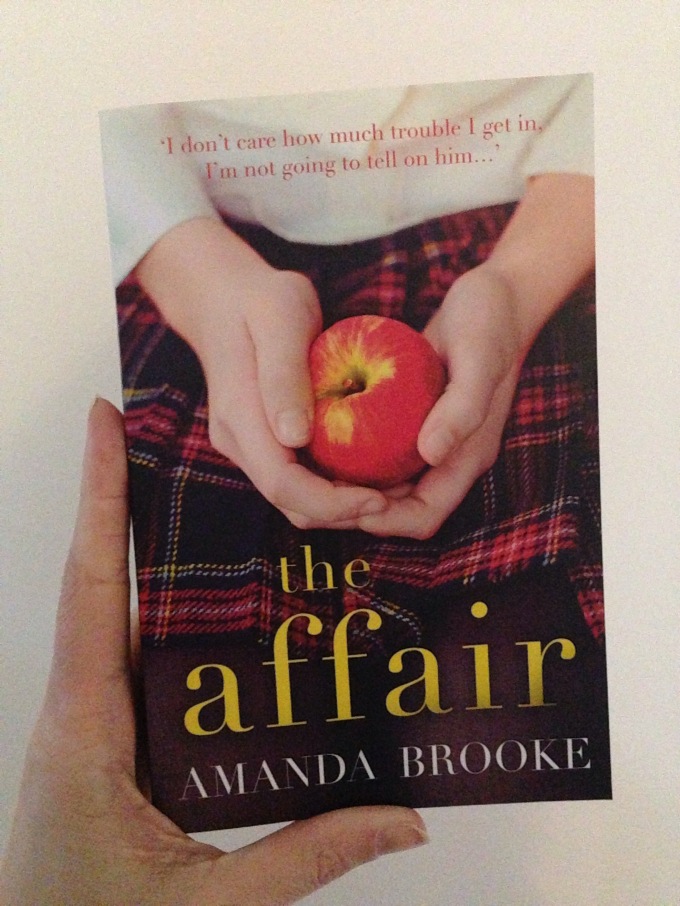 I may end up building a house out of my books when The Husband kicks me out.

If you’ve read any of the above let me know what you thought.